Two weeks ago, I shared my thoughts in Still a Feminist? on the feminist movement’s inclusivity problem and the danger of defining what a feminist is. I began by describing my experience of feeling criticized for of my choice to embrace domesticity, then concluded with the incredibly pressing issue of racism in feminism. White feminists have been talking about the movement’s race issues for over a decade now, but this conversation hasn’t changed anything at all. Instead, we need to be listening to people of color, practicing more empathy and open-mindedness, offering not only our ears and support but also our willingness to change. In an effort to promote this type of dialogue, I posed two questions to women whose voices we need to hear: 1. What does feminism mean to you? and 2. What is your advice to white feminists on how to create a more inclusive movement? I received some incredibly thoughtful, smart, and important responses from these women, and shared the first two in a post yesterday. Here are the final three today. PLEASE read and respond and share freely. It is time for us to listen.

“Twisting It Up” by torbakhopper / Creative Commons

I liked your article. I’m glad it pointed out that one can be a feminist and still embrace being either a working woman or a homemaker. Too often women are categorizing and excluding other women based on their political or religious beliefs. To me, being a feminist means not being afraid to accept a man’s help or compliment and to enjoy being a woman, knowing that I deserve to be treated equally in employment and status and not being afraid to acknowledge that there are just some things I’d rather leave to men! As to your second question, it is too complex to answer in this short format [a Facebook neighborhood group]. However, to sum up my answer to your second question, white women and black women have different issues. It would be a great task.

A writer and educator who wishes to remain anonymous:

Well, as a woman of color born from women who’ve had to be mothers/providers/friends/etc, feminism for me and my two daughters (who are half white/half black and identify themselves as girls no color attached because they’re still too young to understand), it’s being able to be independent and most importantly able and comfortable with charting one’s own path as you see fit. Feminism is being able to speak out on what you believe in and stand firmly in your truth. My daughters are young, but in our house I believe in giving power to their voices and concerns and supporting everyone – even if you don’t believe in their beliefs or choices. No one has the right over anyone else to make THEIR choices.

Gosh, I really don’t know [how to create a more inclusive movement]. I think it’s important to remember that for women of color, there is always extra work involved. As a woman, no matter your shape, size, education level there is always that need to prove that you are good enough for whatever it is that you want to achieve. For women of color, there is an extra layer – to have to prove yourself because not only are you a woman – you’re a woman of color. Just be open-minded as everyone’s struggle is different. 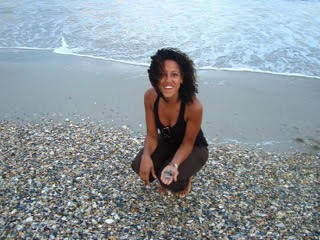 Jessica Mingus, Social worker, Educator, Writer and Founder of In Our Own Skin (pictured left):

In my opinion, “mainstream” feminism has become interchangeable with advancing the priorities of white, cis-gendered, able-bodied women with economic privilege. Countless women’s realities don’t fit within that framework. Because that feminist ideology is underwritten by so many sources of privilege, it gets treated as if it’s the definition of feminism. Let me be clear: Feminism with white supremacy floating around unchecked will not heal what ails us.

Do I consider myself a feminist? Yes. But do I treat it like it’s the single most important component of my politics? No. Patriarchy is everywhere, everyday and I butt up against it everywhere, everyday. But feminism is incomplete unless it incorporates how race, class, sexual orientation, ability, age, nationality, culture, religion impact our experience as women.  Feminism can’t be concerned only with gender. Intersectionality is critical.

Some of the most harmful racial microaggressions I’ve experienced came from straight, white cis-gendered women who waved the feminism flag with deep pride but had no critical consciousness when it came to their race and class bias. The more I have reflected on those experiences, I came to see that the feminist flag they waved so zealously was staked on whiteness and affluence.

My conception of “being a feminist” is propelled by Reverend Dr. Martin Luther King’s assertion that “injustice anywhere is a threat to justice everywhere.” I try to hold myself accountable to continually deepen my understanding of what real justice would look like and to ensure that my personal fight against the forms of oppression that impact my daily life doesn’t push aside, minimize, or otherwise silence other folks’ experiences of oppression and my responsibility to take that on in addition to what limits me.  I love Cornel West’s definition that “justice is what love looks like in public.” I try to evolve my politics with that core belief at the center. 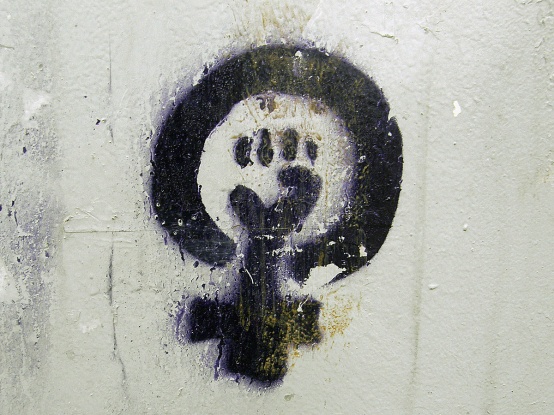 So, what’s my advice to white feminists to make a more inclusive movement? First and foremost, step back from that question and examine it. What’s so essential about “your” feminism that the goal is to bring everyone else inside that tent? Is white feminism a common denominator? No way.  I encourage white feminists to ask themselves what is it about holding on to this power of invitation, this sense of entitlement to define the terms? I want white feminists to talk less about how they can make everyone “feel more included in their movement” and unpack how “their” feminism adversely impacts all the women who aren’t inside that tent right now. I think the conversation about inclusion in feminism often winds up supporting rather than subverting other sorts of oppression. Can it be that your tent ain’t it? Where would we all meet if you challenged yourselves to move outside and join the rest of us?

How can white feminists engage multiple forces of oppression in a shared struggle for equity and justice? I would caution white feminists against tapping women of color to tell them how. Authentic relationships with people that don’t look like you or live like you are some of life’s great teachers. But white feminist women must be sure not to tokenize difference or absolve them of the struggle and discomfort that’s needed to figure out a way forward. I urge white feminists to engage in continual self-reflection around privilege. Race privilege is their intergenerational knot to untie.

So…Yes: Be feminists. Challenge patriarchy every damn day. But recognize it as but one form of oppression that must be deconstructed if justice and self-realization are the ultimate goal.